​As a Thief in the Night 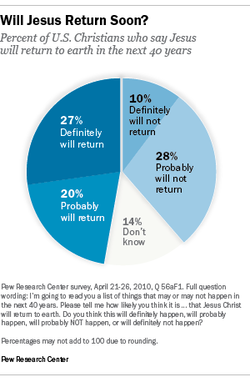 The history of predicting Jesus' return is an amazing account of false prophecy and error. Obviously, everyone who lived and died before us, claiming Jesus would return in their lifetime was wrong. Yet multitudes have and continue to do it.  According to Wikipedia (“Predictions and claims for the Second Coming of Christ”), at least 50 prominent predictions have been made (and failed) between 500 A.D. thru 2015.

One would think that such a dismal failures rate (100%) would discourage people. It is evident that the temptation is just too great to think “WE ARE THE ONES!”  Jesus will return in my lifetime! The “Late Great Planet Earth” was published in 1970, predicting that it would occur in the 1980's, yet nearly 40 years have passed and multitudes have already died. “Left Behind” began its saga in 1995, and in the last 25 years, it too has proven to be false.

Those who predict this event sift and search the prophecies of Ezekiel, Daniel, Matthew 24 and Revelation. They fervently believe the clue is hidden there. Yet a careful reading of the reasoning behind those who made such predictions in the past shows a common theme. These prophecies are vague enough to easily interpret with the current events of that time. Since the events of life are ever repeating, it will never be difficult to find events that will fit the vague prophecies and make them easily believable to the multitudes.​
​​Although man never tires of seeking for signs of an end to this world, the Holy Spirit was clear, and even forceful that none exist! Jesus’ return will be just like “a thief in the night.” God revealed that there would be no sign or clue. The only clear sign given is that all will be saying “peace and safety” just before Jesus returns. No wars, rumors of wars, or Armageddon, just peace. ​​

While the apostles and prophets still lived and could correct misunderstandings, everyone knew perfectly well that Jesus’ return would be “as a thief in the night”, unexpectedly and unforeseen. Peter used similar words: “But the day of the Lord will come as a thief in the night;” (2Pet. 3:10).  What is the phrase “thief in the night” designed to reveal? When Jesus spoke of a thief, His application is obvious: “the Son of Man is coming at an hour you do not expect.”
“As a thief in the night” can only be understood in this sense. Just as the master of the house has no idea what hour the thief might come, so too Jesus had no intention of any disciple knowing when He would come. Jesus even warned His apostles and disciples that the only way they would be ready when He does return will be if they are always ready! “You also be ready, for the Son of Man is coming at an hour you do not expect.”  How could Jesus have been any more clear? Yet He was even clearer when He told us we are to be like those always looking for His return:
No faithful disciple of Jesus will be unprepared when He returns - not because they know when He is coming, but because they will always be ready. If we are ready and prepared every day, either for our own death or for our Lord’s return, we will never be unprepared. Paul said exactly the same thing:

“But you, brethren, are not in darkness, so that this Day should overtake you as a thief. 5 You are all sons of light and sons of the day. We are not of the night nor of darkness. 6 Therefore let us not sleep, as others do, but let us watch and be sober.” (1Th. 5:4-7)

Conclusion. They were not in darkness because they were ready every day. Jesus could not surprise them because each and every day was lived in the light. They refused to sleep, but were wide awake, soberly watching for His coming. They did not have greater information or some kind of code.  Since the thief doesn’t want anyone to know when he is coming, and Jesus is coming as a thief in the night, there are no special prophecies in the Scriptures giving codes or keys to unlock it. No, there is only one reason why Jesus’ return cannot overtake us as a thief. We never stop thinking of it! We are always prepared for it. We are ready every single day of our life, so when the day finally comes, we cannot be overtaken as with a thief.
Bible Questions is a work of the Holly Street church of Christ in Denver, CO.
Copyright (c) 2021 Holly Street church of Christ. All material within the website may be freely distributed for non-commercial uses by including a reference to the website.